Starting this coming weekend, over in the far West of Europe is the 17th edition of the Tour of Britain. With eight stages, starting in the far South of the country, and visiting some of the best terrain the UK has to offer within England, Wales and Scotland.

The race is made up of eight stages, starting in Penzance in Cornwall on the 5th September, and finishing in Aberdeen in Scotland on the 12th. The mid stages will run into and up North through Wales, taking in terrain in the North of England before heading into Scotland for the final stages.

At least 3 of the days will be of interest to the sprinters, stage 3 will be an exciting team time trial on the edge of the Brecon Beacons mountains in South Wales. The rest of the stages will be a challenging mix of short-mid but sharp climbs, tight rural roads with unpredictable surfaces and corners to keep things very interesting. Coupled with the British weather, the often long and unpredictable stages will be a unique test for the riders.

The Tour of Britain departs from Penzance for 180km of scenic Cornish countryside. A surprisingly tough opener awaits the riders, with an uphill start and two third category climbs in the first hour of the stage. Another third category climb awaits the field later in the day, with two intermediate sprints in the meantime. The final kilometre of the day pitches up to 13 per cent to really put the sprinters to the test.

Stage 2 is set over 183.9km of tight roads winding northwards into Deven, finishing in Exeter. KOM points are up for grabs on the three sharp second category climbs set throughout the route, with the toughest 2 of the 3 in the closing third of the stage. All three intermediate sprints sit between the 2 and third major climbs of the day.

Team Time Trail day! The stage will start in Ffairfach near Llandeilo, pass through the scenic area of the Tywi Valley before reaching the finish line at the National Botanic Garden of Wales in Llanarthney. Stunning Welsh scenery lies along the whole of the route, not that the teams will have any time to take it in. The 18.2km course will starts out fairly flat, before gently rising around the 12km mark, then a decent which flattens out into the finish. The weather is forecast to be hot, so this could be a short but sharp day.

Stage 4 is a day for the GC riders, the longest stage of the tour at 210.2km, with sprints and second & first category climbs scattered throughout. Starting out from Aberaeron on the far West cost of the UK, the stage heads North and finishes all the way up through the stunning Snowdonia National Park, before lapping out Great Orme peninsula and finishing with a climb up the centre of Great Orme to the cable car station.

Stage 5 departs from Alderley Park’s Glasshouse for the 152.2km stage around the West Midlands of the UK, entering the Peak District for two of the three categorised climbs, then heading West again to finish in the town of Warrington. Sprinters will be at the forefront of this stage, however they will have to work for their rewards, with 2 third category climbs and one second category along the way. A sharp decent towards the end of the day rolls into generally flat terrain with a long flat run-in which could deliver the best opportunity for a bunch sprint of the whole race.

Starting in Carlisle near the West coast of Britain and finishing all the way over in Gateshead towards the East coast, at 198km, stage 6 is the second longest of the tour. And the final stage within England before heading over the border into Scotland. This stage could well be the most demanding of the tour, with three first category climbs and numerous other climbs, descents, and sprints along the way. The is going to be a day for the GC contenders!

The first of the two Scottish stages, starting in Hawick then zig-zagging up North to the historic city of Edinburgh. Weather is surely going to become a factor this far North, so the riders will be prepared for what ever the UK late Summer can throw at them. There are 3 classified climbs and 3 sprints on offer, but with a flat run-in this will surely be a sprinters stage.

At 173km, the final stage of the tour departs Stonehaven on the East coast, heads all the way up into the Cairngorm mountains, before winding its way back out the mountains, and all the way down to the East coast city of Aberdeen. Most likely a sprinters finish for the finale, but not before an undulating day with one first category climb at 36km, and another two categorised climbs spread across the day. Again, with the weather no doubt playing a part, the win could come from anyone here.

The UK weather is famously unpredictable, so it’s fair to say the teams will be prepared to have everything thrown at them. However, the riders will be pleased to hear, the current forecast in the days heading up to the start of the 2021 Tour things are looking very good for this time of year. The first half of the week is going to be ideal; dry & still with temperatures ranging between 20 – 25 centigrade. From Thursday onwards, it looks like business as usual for the late Summer in the UK meaning plenty of rain & wind heading in as the tour makes it’s way up North and over the Scottish borders.

Regarding set-up, there will be a mix of Eagle F1 and Eagle F1 SuperSport Tubeless Complete tires and prototype tubulars being run by the team. One think to keep an eye on is tire pressure if the weather turns. Generally, a 70 Kg rider will run about 5.3 bar / 77psi for our 700x25mm Eagle F1 Tubeless Complete tire meaning they’ll drop about 5 psi in the event of wet conditions.  Those same riders selecting a 700x28mm will kick off around 4.6 bar / 67 psi assuming they also weigh in at 70 Kg. That’s 11 Stone for our British readers… 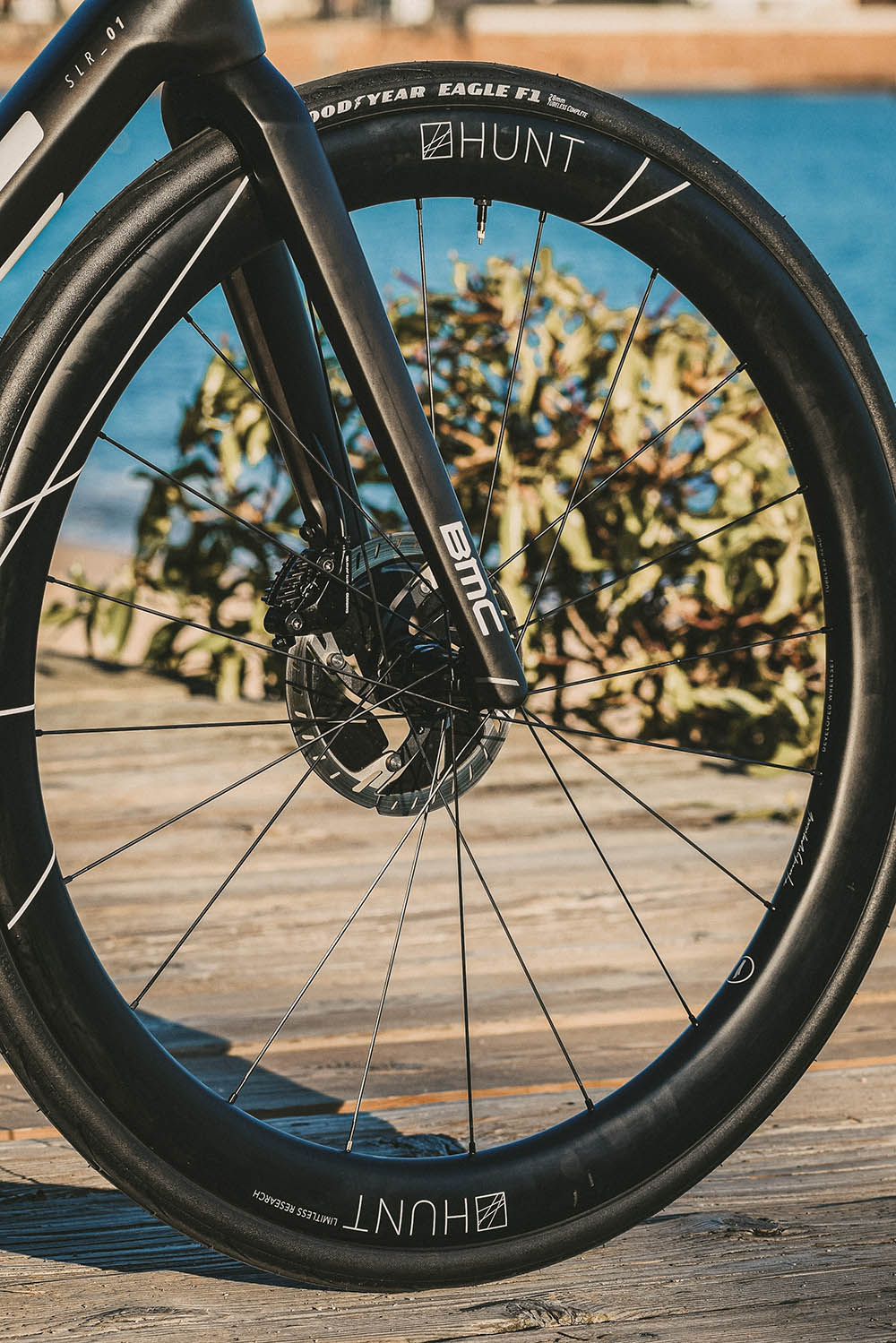 Team Qhubeka NextHash on the 2021 Tour of Britain.

This is an event which our team has always thoroughly enjoyed and performed well at, and we’ll be focused on doing the same this year. Our line-up includes a former winner of the King of the Mountains classification in Nicholas Dlamini from South Africa, the current European Road Race Champion – Italian Giacomo Nizzolo and Australia’s Simon Clarke, who first competed in the race prior to turning professional.

Head Sports Director at the race, Hendrik Redant, says “We will have the Tour of Britain, traditionally a race with lots of steep hill and local roads, which can sometimes be quite narrow, especially in the countryside. It is a challenging race, but a beautiful race. With our team, of course, we will aim to achieve a few good results. In the sprint, we’ll look to get some good results with Giacomo Nizzolo and our lead out man Carlos Barbero. Looking at the general, we have the power of Simon Clarke, who is very experienced, together with Sean Bennett. Our team is rounded off with South African Nicholas Dlamini and our young Swiss talent, Mauro Schmid, who won a stage at the Giro d’Italia”. 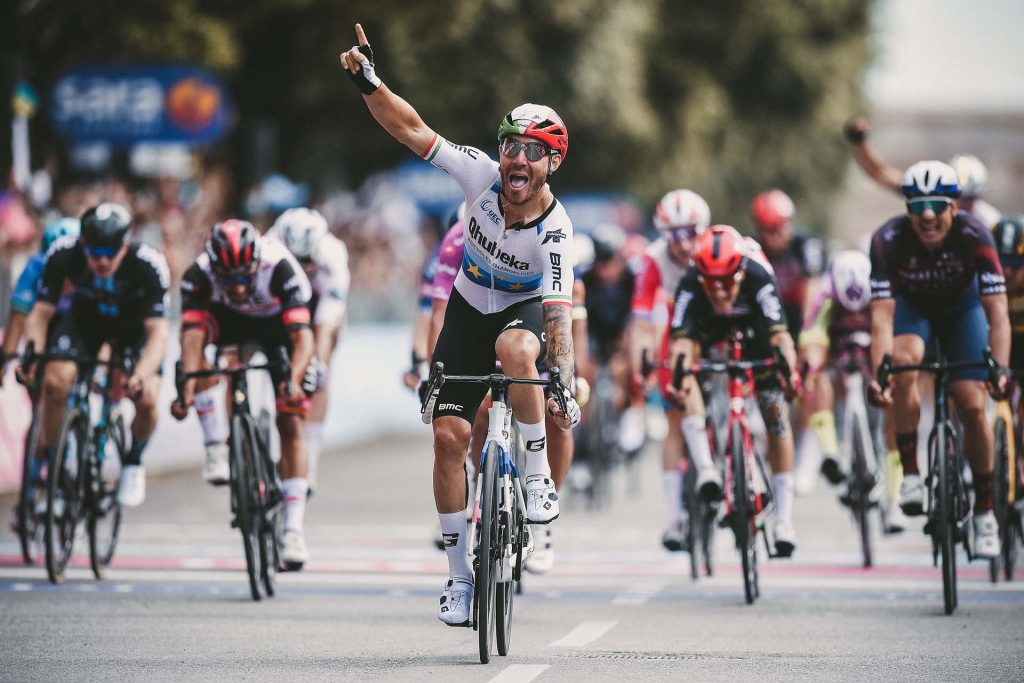 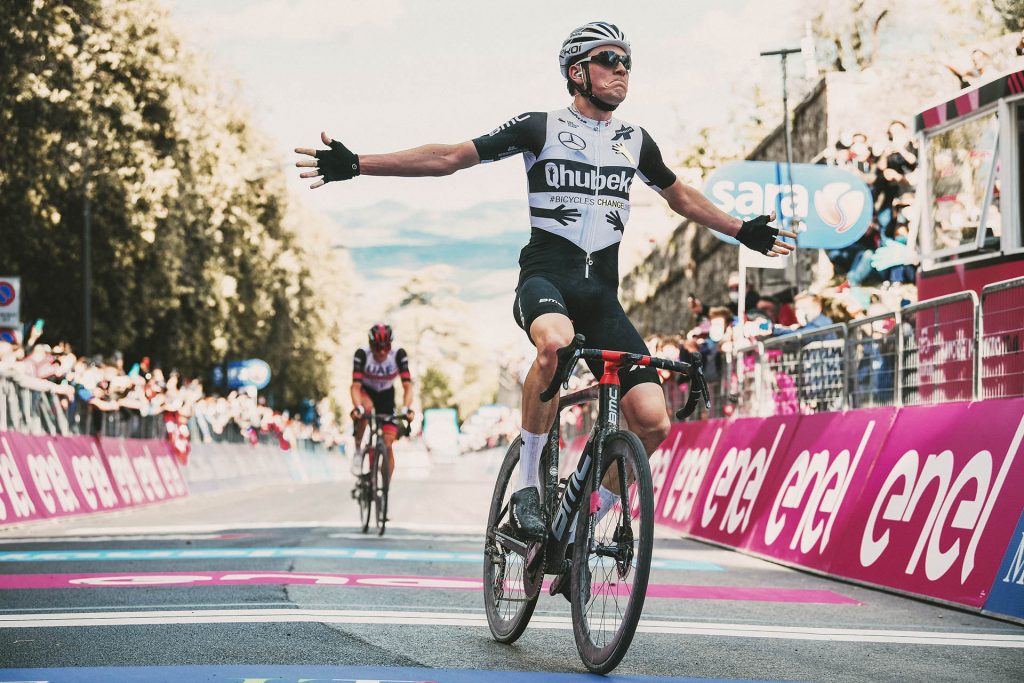 The Qhubeka NextHash Riders on The Tour of Britain

“I am really looking forward to it! It’s a similar sort of road racing that we grew up doing in Australia so it’s as close to going home to race as we get. It’s a race that I’ve done a bunch of times right from when I was under 23 looking to turn pro and a bunch of times since I’ve been pro. So it’s always nice to go back there, being an English-speaking country for a week or so having not been back to Australia for two years now so it should be good. It looks like a rather undulating, pretty challenging Tour of Britain this year which is interesting for me and I’m looking forward to tackling it.“

“This race will be a crucial part of my preparation for the World Championships later this month. Of course, if a chance presents itself then I will look to take it but my main focus is to ensure that I work on my shape and take the next step in building my condition towards that goal.“

“I’m super-excited to head back to the Tour of Britain, it really is one of my favourite races as I’ve won the King of the Mountains jersey in 2019. I’m excited to go back with the team this year, we’ve got a strong line-up with punchy riders so I think it calls out for some good aggressive racing. There is quite a strong line-up overall with some big names announced for the race but I think with the team that we have this year we should be able to put out some really good results.

I am also nervous as I’ve been off competition for a few weeks so gaining the confidence again to bump shoulders in what I imagine could be some tricky conditions will be nerve-wracking but all-in-all. I’m just excited to get back to racing.”

I am very excited and looking forward to the Tour of Britain. It’s a very beautiful race with great fans in which we will look for opportunities during the eight days of racing. There are long stages with a parcour going up and down all day that surely presents a good show for everyone!